BOOK REVIEW: WHEN GOD DOESN’T MAKE SENSE: Holding on to your faith during the hardest times: DR. JAMES DOBSON: 1993: 250 PAGES

God does not owe us a smooth sailing life or a full explanation (or perhaps an apology) for the hardships we encounter. We must never forget that HE, after all is God. He is NOT our servant but we are His. But choose to trust Him by the exercise of the will he has placed within you.

The God we serve is able to save us from it, and he will rescue us from your hand, O king. But even if he does not, we will not serve gods or worship the image of gold you have set up. (Daniel 3: 17-18)

The author also shared the story of Dr Jim and Sally Conway which not only expresses this deep pain that they faced but also does so from the perspective of a Pastor, a leader in ministry. I will try to summarize for space constraints.

Their 15-year old daughter was having trouble with her knees and it had been going on for a year and half over which period they had seen several doctors, done several lab tests, and prayed I’m sure.

A tumor was found and extensive biopsies were carried out about it until one night they received the very distressing news that Becki (their daughter) had a malignancy and that her leg had to be amputated. It was devastating to hear and they refused to believe it. They were determined to prevent this surgery by praying until God healed her – He had done it a number of times in the Bible, remember Hezekiah?

Their church also began a 24- hour vigil of prayer and fasting for them. A lot of people from all over the world were praying in agreement with them.

On the morning of the surgery, Dr Jim asked the physician to verify that the cancer had been healed cos He believed God would perform a miracle. He expected him back in a few minutes with the good news. A few mins turned to 45 mins, which prolonged to 2 hours before it dawned on him that the surgery must have been underway. The doctor later came out and gave them the news – Becki’s leg had been amputated.

‘’I was shattered. I was crushed. I lost God! In anger, I was beating on the walls of the hospital and saying where are You, God? Where are you?’’

He couldn’t understand why God had permitted that to happen. It was more than the loss of his daughter’s leg to him, there were theological implications too. He was a bible teaching pastor who believed and taught the word that he believed works all the time, Now what would he tell his congregation.

Thankfully, he had some friends who let him vent without judging. What even made it worse were Christians who made flippant ‘’Christianese comments’’ to get him to cheer up or refrain from questioning God, like ‘’ all things work for good’’, someone even offered an explanation for God’s actions, ‘’God must have allowed it to happen because it brought a revival in our church’’.

His response, ‘’so what is He going to do to bring another revival when this one passes, chop off Becki’s other leg?, then her arm and then her other arm? There isn’t enough of Becki to keep any church spiritually alive if that’s what it takes.’’

Through the ordeal, he became acutely aware of the choices before him – continue being angry with God and follow the path of despair or accept God in all His sovereignty in spite of the pain and all the unanswered questions.

I was hurt and angry with God for letting me down like I felt He did, but to get through life without becoming bitter, sarcastic and mean to others as a way to vent out my frustration with God, I chose to forgive God. Yes. I said, God I’m upset, I still cannot understand why you would do that to me BUT I FORGIVE YOU. 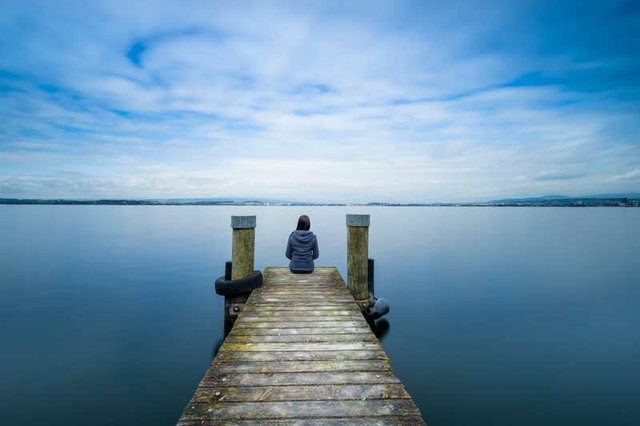 That released me. I was still hurt and sometimes still get teary when I think back but I can see clearly now all the numerous testimonies that came out of that period that was blurry to me because of the only thing I focused on.

About a year later, my husband had to go visit his friend whose wife had just lost her baby two days after giving birth. The pregnancy had been a problematic one with her being in the hospital most of the time and she still lost the child. I stayed back to cry…

God must have known that I could never have recovered from that kind of loss especially at the time.

Tosan’s take: As blasphemous as it sounds, there truly are times when God doesn’t just make sense. It was nice to see a book with just the caption in my head sometimes. I am sure this is not much of a summary because of how long it is, but you can be sure the book got to me. And I am glad to share my own experience which can help someone relate better and maybe forgive…